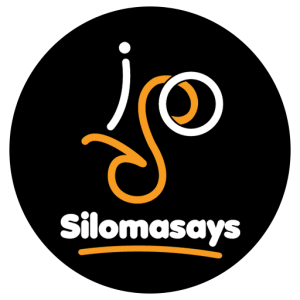 Ukunda is not your ordinary town. It is not as boisterous as the so-called armpits of Nairobi town; River Road, Nyamakima, and the like. Compared to Nairobi, Ukunda is dull and laid back like a youngin whose crush just broke their heart. Men lazily stroll the town in sandals and shorts and the only noise that gives the city life is that of TukTuks that speed in and out the town.

Close to some SGR booking business center sits Isaiah Saruni, a young Maasai guy who like his environment, looks dull but anticipating a brightening encounter from a client. I am leaving Ukunda for Nairobi and some friends of mine told me to try the SGR. I met Mr. Isaiah near an SGR transport office at Ukunda.

I first greet him in Maasai and he seems to wonder how a guy in spectacles can speak Maasai. I ask about his clan and where he hails from. He starts to feel comfortable around me and that’s where I ask him about his business.

It is not uncommon these days to see Maasai men dressed in their traditional attires in major towns. I once saw an old man in Tom Mboya street selling rungus (Maasai clubs and sticks) in the night.

In the 60s, the Kenyan government introduced group ranches in a move to curb overgrazing and land degradation. Group ranches just meant that the land was not owned by a single person but a group of people. Kajiado had 15 group ranches 99% of which have now been subdivided into private lands.

Group ranches were the epitome of controversy and conflict as the chosen leaders enriched themselves with the land. After most of the land was divided, it meant that people owned title deeds to the land, and most Maasais, since they had land elsewhere decided to sell the land at throw-away prices. A case in point is the now blooming cosmopolitan Kimana town that land was sold to as little as 10,000 shillings an acre.

Group ranches became a political agenda where aspiring politicians and politicians in power fooled the Maasai that they will reclaim the land they sold. The land issue was so sensitive to talk about as it affected both those who sold and those who didn’t. Politicians knew a soft spot to touch during political campaigns.

Land was subdivided to the male (and in some places the female) children of the ancestors who were listed as the members of the group ranches. These young chaps knew nothing about the value of the land and that’s how land became as cheap as it could be since everyone was selling. Young men bought motorcycles, some started businesses that never saw the light of day and others went to enjoy their easily found cash in the city.

As land was now privatised, and was now bought by non-Maasais who fenced their land, grazing was greatly affected. The Maasai man whose only source of livelihood was domesticated animals could no longer keep up with minimal grazing land.

People who fenced their land cleared trees and bushes and used the land either for commercial purposes or for farming. According to the World Bank, agriculture generates 19-29% of total greenhouse gas emissions. This is why farmers are constantly encouraged not to cut down trees.

Back to Isaiah Saruni. Mr. Saruni sells handcrafted leather sandals, bags, belts, and wallets. He also sells beads and other leather products. I ask him if he is the one who crafts them and he tells me that they get them elsewhere.

Isaiah looks at me with saddened eyes and tells me that he comes from Lunga Lunga. He told me that he has four cows back at home. He told me that his father has a lot of cows but he also has so many siblings and his father’s cows would not sustain them all. He told me that life was hard in the village as there was completely no pasture for their animals and that’s why he had to come to Ukunda to eke a living.

His younger brother, Daniel Saruni joins us. He looks very young. He is being introduced to the business by his brother and from his looks, he has really not grasped the hardship of living in town. I give Isaiah a thousand shillings which he greatly appreciates and I ask if I could take a photo with him. I also tell him that I am a reporter and would like to do his story. He agrees.

Climate change has greatly affected the Maasai as the bushes and forests that once complemented the green pasture are now fenced agricultural tracts of land. The Maasai have delved into alternative means of livelihood. Mr. Isaiah needs to buy five more cows so that he can go back to his overgrazed land. He tells me that a young calf would cost him ten thousand shillings. I ponder at how long he will work if his business makes an average profit of three hundred shillings a day in profit. Well, it seems that the Maasai need to evolve or they will go extinct.