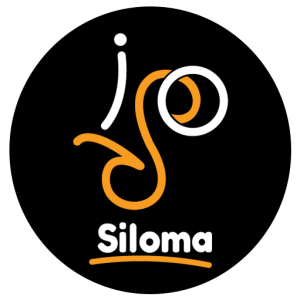 We might soon need a definition of a street cow as most of them now live and survive on the streets of major towns living off from mama mboga stalls and garbage heaps.

It was a lousy Saturday, those days when sleep departs from you faster than the speed of light. I was thinking, “Is it swimming again today? In that very shallow pool? Well, no!”

I went to the shop and boom, I got a story. I had frequently spotted stray cows eating from a heap of garbage nearby. I quickly ran back and grabbed my camera and what followed was a tale too sweet not to be captured.

A bunch of eight cows roam the residential estates of Narok eating from garbage heaps and collecting any other junk they feel fit for their four stomachs.

I started imagining eating meat from such animals. I felt so bad when I saw this.

Even the dogs were also looking for something to eat from the garbage. Maybe some rotten meat would do for them.

I then remembered that I saw many other cows in the streets of Narok and so I carried my camera and decided to go and expound on my story. The first sight was of two cows with bloated stomachs probably from the junk they have been eating from on the streets.

A shocker was that one laid down in the Narok-Bomet highway unaware of the danger it poses to motorists and passengers.

Apparently, it is not only in Narok that cows just roam on its street. Back in 2018, Nairobi County detained over 500 cows according to Nairobi News.

An article on the Standard also shows how motorists struggle to protect their side mirrors because apparently, cows take too much space on the roads.

I wrote how climate change has really affected the Maasai. This is because of the subdivision of land from communal land (group ranches) to private land thus minimizing grazing land. This, therefore, forced the Maasai to look for alternative sources of living.

I call upon political leaders especially Maasai politicians, concerned bodies, and the government to try and mitigate this. The Maasai need to evolve into other ways of living lest they go extinct.

Will Peris Tobiko Change The Course of Politics in Kajiado County?

Peris Tobiko is a true enigma in Kajiado politics. Despite political dramas with Ole Lenku, her brother, Keriako Tobiko and husband Kishanto Ole Suuji, she stands a chance to decide who will be the next Kajiado governor.

Lamu’s seafront is beautiful but its rear features donkeys and stray cats rummaging heaps of garbage and footpaths laced with razor blades but with soft paddings of used sanitary pads.